Before the coming of the farmers (farming began in the late 1880’s) A Maori tribe called the Ngati Haua had a pa on the Maungataphu hill 5 km to the south of Tatuanui. There is little evidence of Maori living in Tatuanui itself but they used the area to gather flax that grew over much of the swampy ground. They also fished in the rivers and streams for eels. Near the Waiharakeke Stream there is a large belt of flax (Note: wai= water harakeke = flax).

In order to protect the flax from poaching neighbours, the Ngati Haua chief declared a tapu over the area calling it Tatua-O-Haua (the ‘belt of Haua’ from the big belt of flax which once covered the site of the present Tatuanui area. The belt of land that bordered Hauraki Iwi)  About 1896,

O-Haua was dropped and the district was known as Tatua until 1915. In 1915 ‘nui’ was added to Tatua to stop confusion with a town called Tatua in the King Country. 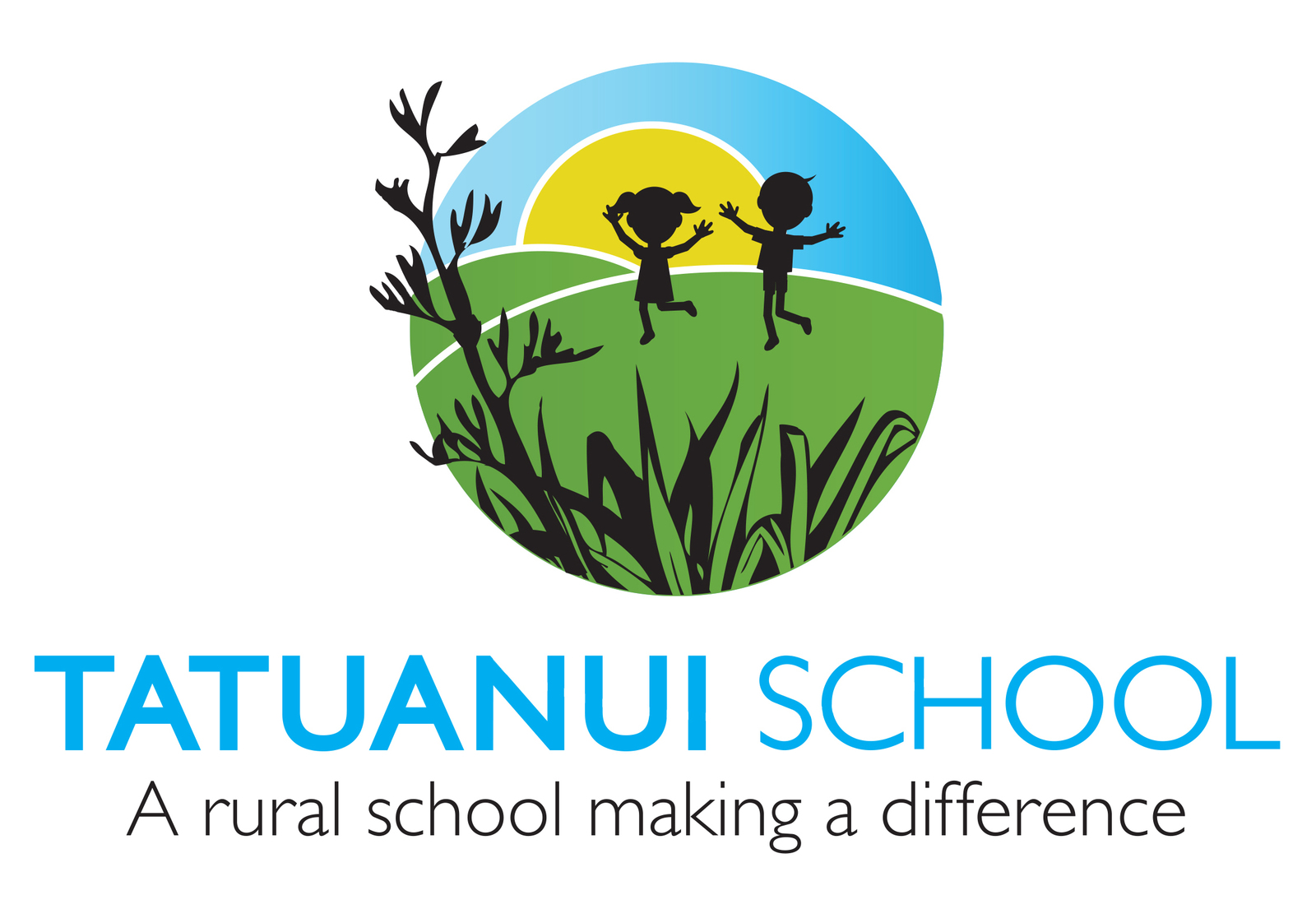 Our logo was designed by Alishea Johnson, a past pupil of Tatuanui School .

The flax bush and flower which is significant to the area is in the foreground.